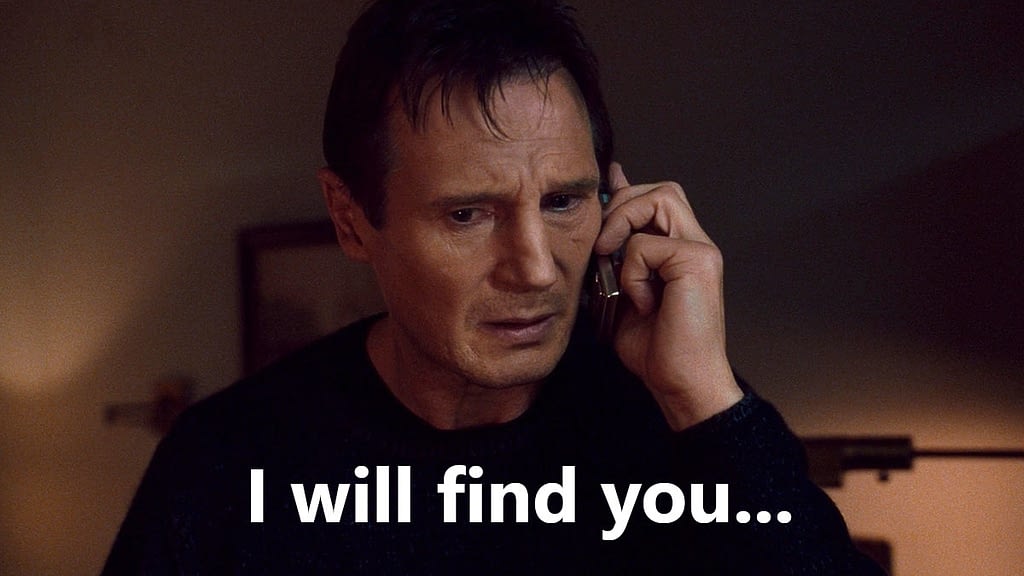 You’ve lost your balls. Let me help you find them.

A few days ago, I read something insightful about branding and positioning from my friend Cole Schafer from Honey Copy. It was so good, that I reached out to him to ask if I could share it here. Because he is the type of guy who goes out of his way for others, he obliged.

So without further ado, I am going to let Cole take it away:

Here soon, a prerequisite to work with me will involve the wet signature of a contract (or promise, rather) that reads as follows:

“We (fill in the blank brand) recognize that by working with Cole Schafer and Honey Copy we aren’t just getting a writer but a writer that is going to help us find and locate our balls and that by signing this here agreement we are promising that, upon this discovery, we will not squirm, back-pedal, riddle off a trunkload of bullshit excuses nor behave like wretched cowards to avoid claiming them.”

The vast majority of brands nowadays are run by men and women terrified of doing something creative with their advertising, going against the status quo, offending someone, taking a stand, etc.

Just today, I received edits on a sales page I wrote for a company in an industry where everyone sounds exactly alike. The edits involved removing any and all language that made them unique, interesting and ultimately different from the dozens of other competitors gunning for their necks.

Due to the fact that I am not in this game to simply collect fat paychecks and watch 75% of the copy I write get edited out by individuals who’ve never picked up a pen, I’m fighting them, tooth and nail, on every phrase.

Shitty, safe, watered-down copy riddled with industry-specific jargon is a very micro-example of a phenomenon going on with brands everywhere at the moment… a wide-spread universal misplacement of balls, ovaries and guts.

And, as a result, we’re getting underwhelming brands that could best be described as shrug-inducing.

Ask anyone about them and they’ll answer with a *shrug*

“Uhm, okay so do you dislike RadioShack?”

“Wait, so do you have any sort of opinion on RadioShack?”

“Not offending anyone” and being “agreeable” isn’t an advertising strategy, it’s a race to the grave.

Let’s get granular and look at a specific example.

Several years ago, there was a truck full of red Skittles that crashed and covered a road in a sea of crimson.

Upon further investigation, the Skittles were factory defects and they were en route to being “donated” to a cattle farm somewhere in Wisconsin.

(Apparently, someone had gotten drunk and had forgotten to put the “S” on them… “You had one job, Larry.”)

Mars, Inc. freaked the fuck out and issued a statement saying they don’t sell Skittles to cattle operations.

To their surprise, the public wasn’t all that concerned and was instead asking themselves the very thing you’re asking yourself now…

By playing it small, Skittles missed a once in a decade advertising opportunity. They should have taken advantage of this major fuck-up with an advertising campaign titled…

“No more Skittles for cows.”

It would have garnered a ton of publicity and shed some light on a major issue that goes on in the cattle industry.

Because it’s so expensive to feed cattle, farmers feed their cows shit like… gummy worms, marshmallows, candy corn, hot chocolate mix, Kool-aid mix, chicken shit, ground limestone, sawdust, crabs (not the ones you might find on your balls) and… Skittles.

If they would have advertised with their balls and owned their fuck-up (versus simply apologizing for it), Skittles would have been responsible for one of the most audacious advertising campaigns of the last decade.

Instead, they’re a brand made up of yesterdays, still hanging their hat on “taste the rainbow”.

In closing, if you have an advertising idea that gives you that “standing at the edge of a massive cliff” feeling, it’s probably a pretty good indicator that you should jump.

And, if you hire a writer that has more chutzpah than a prized fighting cock, don’t wring his fucking neck when he tells your brand to strut.