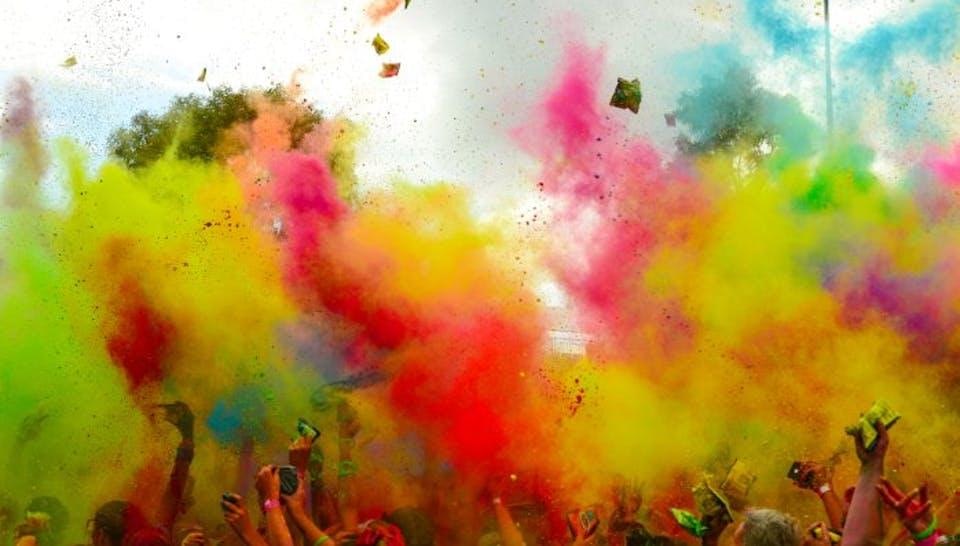 The Psychology Behind Color on Digital Advertising

Pretty impressive stuff, right? Seriously though, you can skip a commercial, opt out of an email list or bypass an annoying used car salesman whenever you want, but there’s absolutely no way to prevent marketers from having some sort of influence on you through the colors they choose to use.

In the digital sphere, this is something that’s especially important to consider when designing anything that could eventually make its way onto a consumer’s screen—banner promotions, social advertisements and, most importantly, your brand’s website.

While such a focus on color might very well add fuel to the fire of the idea that marketing psychology is little more than a pseudoscience, there’s a reason nearly all of the world’s most booming companies have used color to their advantage—it really does work.

For example, from time to time, do you unexpectedly feel the urge to indulge in a bit of greasy, artery-clogging fast food goodness? If so, you—yes, I’m talking to you—might actually be evidence as to one of the of the fast food industry’s favorite color schemes. No joke—try this on for size: Red + Yellow = Intense Caloric Consumption.

Look familiar? Well, it should. McDonald’s, Burger King, Wendy’s, In-N-Out Burger, Sonic, Popeye’s Chicken & Biscuits, Hardee’s, Wienerschnitzel and Dairy Queen all have the exact same color scheme for their logos, and it’s based purely on both red and yellow. Simply put, this isn’t some crazy coincidence—there’s more here than meets the eye.

With that in mind, odds are high that you’re not running a taco stand out of your basement using a laptop. So, when it comes time for some social media marketing, graphic design or web development, what message will the colors you ultimately use transmit to potential customers?

Though by no mean a comprehensive examination of the 10,000,000 colors the human eye can see—this is an actual number, by the way—the following list should be enough to get you started with your next project:

Whether you managed to learn this for yourself on the first day of kindergarten or during a painfully awkward first date, one thing’s for certain—blue is by far the world’s favorite color. Even better, this is something that both science and countless surveys have upheld.

Many experts trace the roots of this widespread opinion back to the days when a clear blue sky or body of water was seen as a sign of life. Regardless of whether or not this is true, when building a digital ad campaign, blue is one of the safest options on the color wheel.

Not only is orange associated with affordability, but it’s also a psychological indicator of great value. For this reason, companies like Home Depot and ING chose to use orange when first getting started.

Currently, by so doing, they subconsciously tell consumers that their products and services are not only of a lower cost, but that they’re also valuable. Remember when Cingular became wholly acquired by AT&T in 2006? To this day, the AT&T logo still occasionally features the color orange when special promotions are being pushed to the public.

3) Yellow Isn’t All That Popular

I don’t know what your personal preferences are like, but when I see a yellow automobile out on the road, I can’t help but cringe. But I’m not alone with this one—most people just don’t like the color yellow all that much.

Why do you think that Dwight K. Schrute from NBC’s “The Office” wore a mustard yellow Oxford dress shirt—with short sleeves, mind you—to work every day for eight straight years? His character was an unlikable one. Audiences noticed his unusual wardrobe and could more easily identify who he was supposed to be as a character.

That said, if you’re a big-time fan of yellow, there is some good news. Research shows that, while tremendously unpopular, those who love yellow are extremely passionate about it. Sill, if you’re worried about your advertising being too niche, steer clear of this color.

4) Green Is as Creative as They Come

By no means is green on par with the likes of blue, but it’s definitely a close second. Seeing as how people generally enjoy green, it’s easy to see why companies like Xbox, BP and Starbucks have made it a mainstay of their advertising efforts.

The color is seen as a positive one, conjuring up images of lush forests and tremendous growth. Because of this, green is used to broaden consumer thought processes and increase creativity. Hoping to get away from blue without being too risky? Green’s a solid choice.

Pink isn’t only for girls and men with an interesting sense of fashion, it also has its rightful place in the marketing world. Are your customers often stressed, worried or concerned? Believe it or not, it’s been proven that the color pink has a way of draining people of their energy and helping them relax.

Shockingly, due to the power of pink, some athletic teams have taken to painting the inside of opposing locker rooms pink to gain a competitive advantage. You’ve probably already connected the dots for yourself on this one, but with the aforementioned in mind, it’s clear to see why the fight against breast cancer has chosen a pink ribbon to be the symbol of its work.

You’ve heard that red sports cars are more likely to be pulled over for speeding before, haven’t you? Incredibly, it’s actually true—the insurance premiums prove it. Why? Well, when people see or use red, reaction time and force increase.

Unfortunately, this surge in energy doesn’t last long and is soon replaced with something much more treacherous—a decrease in deductive and analytical reasoning ability. With red making it somewhat hard to concentrate on a brand’s core message, use it sparingly as a way to quickly gain attention.

Oh, and one more thing—just for the record, bulls don’t hate the color red. That’s little more than a myth. In reality, it’s the movement of a matador’s red cape—also known as a muleta—that provoke’s a bull’s aggression. This doesn’t help your advertising much, but it’s still pretty interesting.

7) White Really Is About as Boring as It Gets

Because of Apple’s monochromatic approach to marketing, you’re probably thinking that the simplicity of white is a slam dunk when it comes to digital advertising. However, the reality of what white usually accomplishes isn’t really all that impressive—it’s just plain boring, to be honest.

Case studies have shown that, more often than not, when a person shops in a store that’s predominately white, distraction occurs. Basically, with little on display to entertain the human brain, thoughts tend to wander, making a real purchase little more than an afterthought. Don’t take things to an extreme, though. As far as your company’s site is concerned, whitespace can very much be a benefit.

Listen, color isn’t everything for digital marketing mastery, but it is something that should be taken seriously. In fact, when combined with market data, strong content creation, some PR savvy and real-time user engagement, it’s extremely effective.