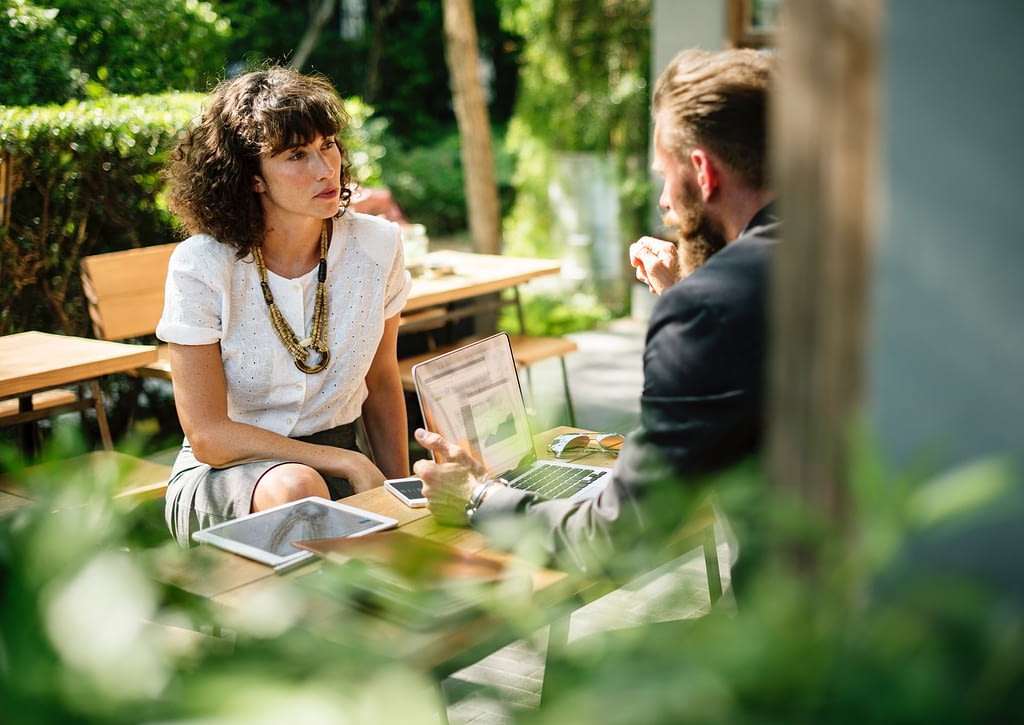 Talking to Customers is Not an Interview

Peter Drucker famously said, “The purpose of business is to create and keep a customer.”

If we accept this as a truth, we must develop products or services that are meaningful to our customers or they won’t buy them. That is the “create a customer” side of the equation.

On the “keep a customer” side of the equation, a product not only has to work, but be adopted and used. It has to become important to the customer.

With me so far?

And this is precisely where so many product owners, engineers, and developers get it wrong. But before we get into that, I am going to tell you a billion dollar story.

Once upon a time…

There was a scientist who was working in a lab on a secret project to create a new product that could eradicate bad smells. The CPG behemoth Proctor & Gamble had spent millions of dollars developing this colorless, cheap-to-manufacture liquid that could be sprayed on nearly anything to “remove” an odor.

The success of this formula was so certain, that Proctor & Gamble had spent millions of dollars developing an ad campaign they were sure was going to hit it out of the park. So certain in fact, that the marketers sat back and began anticipating all the ways they would spend their bonuses.

They launched the product (which you now know as Febreze).

A week passed. Then two. A month. Two months. Sales were shrinking.

The marketing team decided to conduct some in-depth interviews to figure out what had gone wrong. The needed to understand why Febreze was failing so miserably.

One of the interviews was with an avid cat lover; she literally owned nine cats.

As the researchers walked into the home, one of the researchers crossed the threshold, he was hit by an overwhelming odor that literally caused him to gag. This was nearly the exact time that the woman they had come to interview exclaimed that she something of a neat freak.

As they sat down on the couch, the team began asking questions. This exchange stood out:

“What do you do about the cat smell?”

“It’s usually not a problem,” she said.

This interview was mirrored by similar interviews in dozens of other smelly homes. The insight hit the researchers almost as hard as the initial cat odor; the reason Febreze wasn’t selling was that people couldn’t detect odors in their homes that they had become accustomed to living with.

In essence; they had become desensitized to the scent! Even the strongest odors fade with constant exposure.

This led Febreze to change the product, positioning, and marketing. The original Febreze, conceived as a revolutionary way to destroy odors, became an air freshener used once things are already clean. Within two months, sales doubled. A year later, the product brought in $230 million.

Since then, the Febreze brand accounts for sales in excess of $1 billion a year. In fact, today it’s one of the top-selling products in the world.

This is illustrative of the power of understanding your customers through interviews.

So why do product managers, engineers, developers, and other product creators disregard them? Why do they think that conversations with customers are synonymous with customer interviews?

There are several reasons:

It’s all about the money…

It’s all about the money, right? If I had a dime for every time I heard, “we can’t afford to do research,” I would have $168,904.30 in the bank! But seriously, what is the worst thing that would happen if you took a little time to get some feedback on your product or service? Even with little or no budget, you can locate a relevant sample, put together a rigorous guide containing suitable questions, and rapidly interview a bunch of people.

The cost of shipping a shitty product or service far exceeds the time you would spend putting together a small set of interviews.

The insights could be business-changing.

It would be my position that you can’t afford NOT to do them.

If only we had time…

“We are scrappy; conducting formal interviews will slow us down.”

If you proceed without some sort of direction, AND you are wrong, how much time will it take to start over? Also, nothing slows down the design and development process as much as arguing over personal opinions (that are just those – personal OPINIONS) or wasting effort solving the wrong problem.

Developing insights about users doesn’t have to be a milestone in a product development process. Conducting rapid, rigorous, and relevant interviews needn’t take a ton of time and can provide a basis for decision-making that makes the rest of the work go much faster. You can be scrappy AND conduct consumer interviews.

In fact, I would even go as far to argue that Parkinson’s Law kicks in. This law states that “work expands so as to fill the time available for its completion.” Doing interviews or not doing interviews will take the same amount of time. But worst case, a few days blocked off for interviews can mean very little to your overall schedule while adding significantly to your potential for success.

Trust me. you have time; spend it wisely doing customer interviews.

Isn’t this just talking to customers? We already do that.

I am going to be real with you. Interviewing customers is way more than simply talking to them. Interviews add a level of rigor to gathering information.

Rigor is not writing questions down on paper.

When you are talking to people, you are listening and talking in about a 50/50 ratio. In fact, when the other person is talking, you are already considering how to respond. Conversely, when you are interviewing people that ratio shifts to an 80 (listen) / 20 (talk). See the difference?

Interviews aren’t about TALKING; they are about listening.

If you want game-changing insights, you must conduct interviews. Conversation alone won’t get them.

Interviewing is a learned skill that is fundamentally different than what you do normally in conversation. If you don’t develop the muscle, you risk conducting interviews that can produce inaccurate information that can take your business in the wrong direction. Great interviewers leverage their natural style of interacting with people but make deliberate, specific choices about what to say, when to say it, how to say it, and when to say nothing. Doing this well is hard and takes years of practice.

But there is no time like the present to get started. Like the Chinese proverb states, “A journey of a thousand miles begins with a single step.”

We already know what to build.

Maybe. You might be right and you might be wrong. But familiarity breeds assumptions and blind spots. People who make a product think and talk about it fundamentally different than people who don’t. While both groups may use the same product, their context—understanding, language, expectations, and so on—is completely different.

And who is the “we” in this case? I assure you, your customer’s experience may be dramatically different than yours. A few interviews and you can find out.

Let me throw some shade

The product managers, engineers, developers, and any other person in a decision-making capacity that isn’t conducting customer interviews is not giving 100% to the business. They are allowing their ego to guide their decisions. If you are truly customer-focused, as you should be, how is your business to improve your product or service if not from rigorous feedback from the customer?

But there is good news…

Conducting rapid, rigorous, and relevant customer interviews is a learned skill that can be developed over time. I will share a few quick tips.

Be rigorous, relevant, and rapid with your interviews

Note: Whenever possible, interview customers on their turf. When you bring them into a facility or your office, you are missing some rich, detailed context that can only be obtained by going into “the field.”

Be relevant. Who you talk to matters. Your audience should represent the population you want to study. If you are developing a dog-walking app, don’t speak to cat owners who have no intention of ever owning a dog. Also, DO NOT consider conversations with family and friends to be a good source of information, even if they are potential customers.

Be clear about what you are studying. Physically write down study objectives and overarching research questions. These things should be achievable. I avoid the word “explore” when developing my interview objectives. Why? How do you know when you have thoroughly explored something? You don’t. Instead, use terms like describe, identify, and evaluate.

Be rapid. This is simple. Develop a plan and ship it. Do not wait for perfection. Your first interview will never be perfect. You will learn things in the interview and along the way that will shape how you move forward. That is ok. Also, interviews are like snowflakes; no two interviews are the same. The key here is to be scrappy and get started.

If you take one thing away from this…

If you take one thing away from this article, it’s simply talking to customers is not the same as interviewing them. However, interviews need not be sluggish, costly, or a hindrance to your product development process. Rather, they can be rapid, rigorous, and relevant to help you achieve the business results you desire in a timeframe that works for you, a budget that is reasonable, and with results that are meaningful.

The end result is significant savings in time, money, and effort for you and your team.

But most importantly, learning about your customers is the right thing to do; for both your business and them.