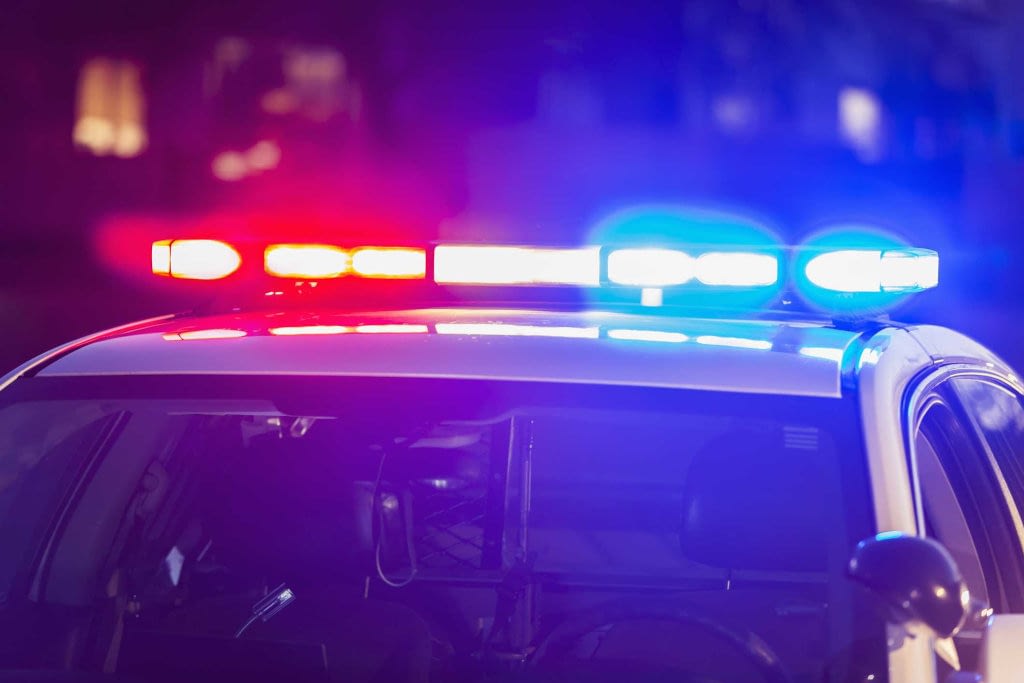 It was a warm summer night in Saint Louis, Missouri. I was a young policeman, working the beat with my partner, a more experienced officer.

As we were driving down the street we observed a car—and something seemed “off.” I ran the license plate and the vehicle came back “wanted” for a crime.

My partner and I got behind the vehicle, turned on the overhead lights to our patrol car, illuminated the suspect’s vehicle with a spotlight, and pulled the vehicle over. As the driver was pulling to the curb I could see him reaching under the front seat of the vehicle. I also noted a passenger in the front seat.

I told my partner what I observed as we approached the vehicle.

As I approached, I felt like something wasn’t right.

This is a lesson in life and leadership all on its own—trust your gut. When something feels off; it probably is.

Regardless, this was my job. Doing dangerous things.

This means that you are constantly being vigilant to threats and responding quickly when you see or sense one.

When police officers approach a vehicle where they fear there is a weapon, it is customary (and good practice and well within the law) to have people step out of the vehicle.

The suspect my partner was escorting yanked his arm away and grabbed for the front of his waistband.

Alarm bells started going off in my head.

My partner reacted quickly, grabbing the suspect with one hand and pulling out his Taser with his other. He took quick aim and fired the Taser. The prongs hit the suspect but had no effect.

But now the fight was on.

I hit the emergency button on my radio as my partner grabbed the suspect and wrestled him to the ground. The suspect continued to shove his hands down the front of his pants.

It was in this moment I feared for my partners and my life.

I pulled out my handgun, pointed it at the suspect, but couldn’t get an angle where I wasn’t going to risk my partner’s life by shooting the suspect. I grabbed the suspect with one hand, trying to help my partner remove his hands from his pants (where I was certain there was a weapon).

What happened next was one of the most terrifying moments of my career. It was absolutely bone-chilling.

The suspect began yelling to his friend to come and help him kill us;

I heard the sirens in the background and knew help was minutes away.

The fight continued and my partner and I were able to wrestle the suspect’s hands out of his pants and hold him.

The cavalry arrived and we were able to take both suspects into custody. The suspect that was wrestling with us had a drug cartel’s amount of dope in his pants and under the front seat of his car was trying to get rid of it before we took him into custody.

My partner and I were pretty wound up from the fight as our supervisor arrived.

He was an old, grizzled, police sergeant with a cigar. Nothing ever seemed to get him wound up, and he always carried himself with a sense of calm. And in that moment, he said three words that put everything into perspective and that all leaders should always bring to their team.

As we went back to the station to write the report, I remembered the phrase I heard from my grandparents, who narrowly escaped the holocaust, “this too shall pass.” I guess this was their version of, “it’ll be alright.”

Years later, I was a Field Training Officer. As I trained young policemen and women, I modeled and emulated what that old sergeant taught me. I have even carried it with me as I led teams at Twitter and Panasonic.

Although this happened nearly fifteen years ago, I still remember it vividly like it was yesterday.

I am grateful for the lesson—it’ll be alright.