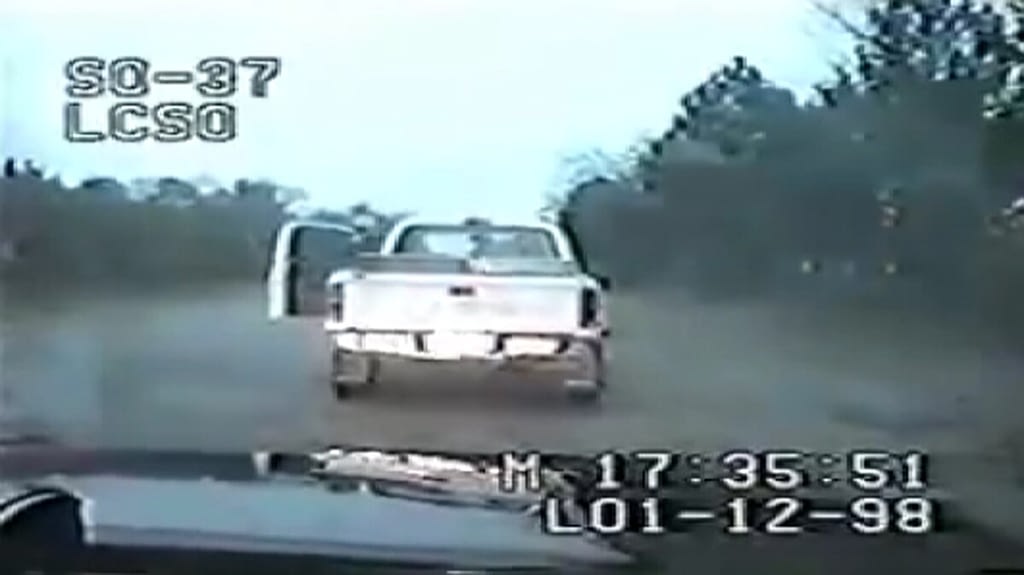 Indecision is a decision

Indecision is a decision.

And it can be costly.

It was an hour before the end of his shift.

Deputy Kyle Dinkheller of the Laurens County Sheriff’s Office in Georgia was sitting on the side of Interstate 16 in his patrol car when a white Toyota pickup truck sped by at 98 miles per hour.

He activated his roof lights and raced down the road to catch up with the speeding vehicle. He was eventually able to pull the vehicle over on Whipple Crossing Road, a road adjacent to Interstate 16.

Both Deputy Dinkheller, and the driver of the truck, Andrew Brennan exited their vehicles and exchanged greetings.

“How you doin’ today?” Dinkheller asks.

Then, in the first of many provocations, Brennan puts his hands in his pockets.

Deputy Dinkheller responds to Brennan’s greeting while giving him a verbal command, “Good, come back here…keep your hands out of your pockets.”

“Why?” Brennan says, leaving his hands in his pockets.

“Keep your hands out of your pockets, sir,” Dinkheller repeats.

Then things started to spiral out of control.

Brennan turns away, and begins an aggressive, profane, and menacing tirade. He then suddenly turns toward Dinkheller and raises his hands.

Then, the strangest thing happens. Brennan starts dancing around, waving his arms, and sings like a petulant child, “Here I am, here I am. Shoot my fuckin’ ass. Shoot me. Shoot me!”

Brennan aggressively runs toward Dinkheller and screams, “Shoot me,” he yells. “SHOOT ME!”

Dinkheller recognizes this for what it is; a very dangerous situation and calls for assistance. His partner, Deputy Don Matecun, recognized the stress and strain in his voice, but was nowhere near Dinkheller’s location. He begins driving there as fast as his car will allow.

This clearly pisses Brennan off who charges at Dinkheller and yells at him, “who you callin’ motherfucker?!?!”

Dinkheller is now rattled, alternating between commands to approach or get back. Brennan is unphased and charges Dinkheller again.

Dinkheller extends his baton and yells at Brennan, “sir, get back now!”

Brennan yells back, “no!”

“Fuck you… I am a god damn Vietnam combat veteran!”

An agitated Brennan turns around and starts walking back to his truck.

Brennan is 49 years old, about 160 pounds, and no physical match for Kyle’s stout 220 pounds. Dinkheller could chase him down, tackle him, pin him to the asphalt and slap on handcuffs.

Instead he keeps shouting commands, waiting for a surrender that will never come.

Brennan returns to his truck and begins rummaging for something behind the seat.

“Get out of the car, now!” Dinkheller screams, but Brennan continues rummaging.

“I’m in fear of my life,” Dinkheller yells back.

It is at this moment, Dinkheller sees the rifle: an Iver Johnson .30-caliber carbine.

Dinkheller yells, “Put the gun down!!!”

Now it should be noted, Dinkheller is an expert marksman, one of the best target shooters in his department.

“No!” the man says, crouching between the cab and the door, taking a military-style defensive position.

Brennan moves up and down in a defensive position, aligned with his military training, in an apparent attempt to line up a shot.

Dinkheller STILL does not fire. He does not retreat. It is almost as if he is frozen.

He breathes heavily into the microphone. Six more seconds. Kyle pulls the trigger.

26 seconds have elapsed since Dinkheller has seen the gun and given orders to drop it.

In a critical incident, that is a lifetime.

So it is Brennan who takes action. He begins firing, pinning down Dinkheller with suppressive fire.

Dinkheller returns fire, missing Brennan with his first shot, but hitting him in the abdomen with a subsequent round.

Brannan continues firing, ducks, and runs around the right side of Kyle’s car.

The firefight continues. Then, things take a horrible turn. There are horrible screams, as Brennan fires a round that breaks Dinkheller’s leg and critically injures him. Then, Dinkheller gives one final command, although it is more of a plea for his life now.

Then, in the most cold-blooded, calculated, manner you can imagine, Brannon says, “die fucker” as he shoots the last, fatal shot into Deputy Dinkeller’s right eye.

Deputy Matecun arrived minutes later to find Brannon had fled the scene and his friend—Dinkheller—lying behind the car, blood and spent ammunition all around.

It was in this moment that Matecun knelt, looked into his eyes, and cried.

If only he had gotten there sooner.

If only Dinkeller had taken action.

As a retired police officer, I am familiar with Monday morning quarterbacks saying how they would handle a situation differently. How this would never happen to them. In fact, I am sure if Dinkheller had watched his video before it happened, he would have said the same thing, “it won’t happen to me.”

But the reality here is there were a lot of decision points where Dinkheller could have done something.

Instead, his indecision cost him his life.

That said, we can learn a lot from Deputy Kyle Dinkheller.

The video of Dinkheller’s murder is shown to police recruits and officers across the country as a training tool. It was shown to my police academy class, and I will never forget it. In fact, years later when I was faced with a similar situation, his deadly lesson probably saved my partners’ and my life.

A little over 12 years after Dinkheller was murdered.

My partner and I were ordered by the captain of our police district to pay special attention to an area with the potential of some gang violence. Intelligence indicated that violence was imminent.

My partner went to the area.

As we were rolling down the alley, we spotted a guy with a gun, standing on the porch of a house.

He had a tactical advantage; he was in an elevated position.

As we approached, my partner yelled, “Police, drop the gun!”

Instead of complying, the suspect pointed his gun in our direction and started firing.

The suspect was hit three times; once in the head, once in his abdomen, and once in his hand—the one outstretched holding the gun.

Our quick decision saved our lives.

In a way, Dinkeller’s indecision firmed my decision that if I was ever in a situation like that, I would not hesitate.

I played that scenario over and over in my head until it became an invisible script that ultimately saved my life.

I mourn for Dinkeller to this day. He paid the ultimate price. However, his sacrifice is best captured by the United States Air Force Pararescue Jumper motto:

These Things We Do, That Others May Live.