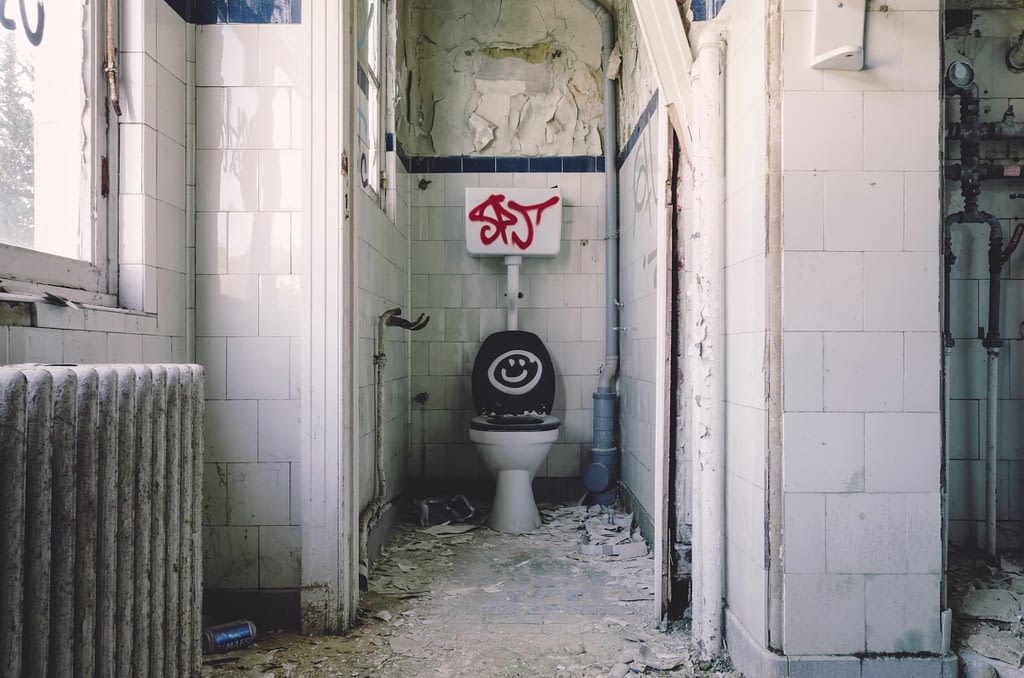 How to shit your pants: An illustrative example

The reason I am going to tell you this story is to illustrate a very important concept.

Especially, when the situation calls for an immediate decision and intervention.

About 10 years ago, a friend and his wife took me to dinner for my birthday at a popular steakhouse. I drove to his house, the three of us jumped into his car, and we all drove together to the restaurant.

The food was delicious.

After dinner, I had plans to attend a concert with another friend. We all drove back to my friend’s house so that I could get my car and drive to the concert. On the drive to my car, I noticed a grumbling in my stomach. I was about 30 years old; I was familiar with the precursor to having to use the restroom from eating something that was not agreeing with me, digestively speaking.

When we arrived back at my car, I told my friend I had to run because I had to use the restroom. I only lived about 10 minutes away. He invited me into the house to use their restroom. I thanked him but told him that I would be fine.What could possibly go wrong?

The decision that I made, or didn’t make, changed the course of my life.

I got in my car and began driving down the street. I didn’t make it 2 blocks before I regretted my decision. My stomach cramped, I began to sweat, and I felt like I was not going to be able to make it to a bathroom. I distinctly remember driving by a fire station and thinking, I could stop here…

This is an emergency!

As quickly as the stomach cramping came on; it disappeared. I could have turned my car around and drove back to my friend’s house, but I thought to myself…

I can wait. There is no need to take action.

I was stuck in a cycle of evaluating the pros and cons of my options. I continued to drive settling on option #3. I felt I had no other choice. It was either that, or have an accident in my pants. I turned down a side street and then turned down an alley, looking for a dumpster or something to hide behind. And then,

I began second guessing my decision.

What if someone saw me? What if I can actually hold it?

I drove down the alley, continuing to vacillate on my decision. The cramping briefly subsided and I decided to continue to my house. I took a left turn out of the alley. That is when things went downhill… fast. As soon as I turned, the stomach cramping, which was bad before, felt like I had the little creature from the Alien movie ripping through me. I began sweating worse than before.

I knew at this point that the decision had been made for me.I now knew I wasn’t going to make it to a secluded spot. I pulled my car to the curb with the intention of relieving myself right there.

This is what happened next:

Most. Embarrassing. Story. Ever.

Why do I tell it? I don’t know if there is a better illustrative example of failing to take action. There were many points in time when I could have addressed my “issue.” I chose to wait and see.

In many cases, we have all the information we need to proceed. Generally, progress is better than perfection. In fact, it is possible to take action, and, with new information as a result of that action, be able to make corrections. In essence, making a decision and taking action ACTUALLY gives you MORE information on which you can base future decisions on the same topic.

As an epilogue, I diverted to my house, changed clothes, and made it to the concert sans any additional gastrointestinal catastrophes.

NOTE: Now, I am not suggesting that people relieve themselves whenever and wherever they want. Stopping a car to defecate in the street is not only illegal, but is pretty disturbing. Believe me, at that point the “decision” was not rational. Besides, that isn’t the point of this article. The point is, indecision leads to shitting your pants.