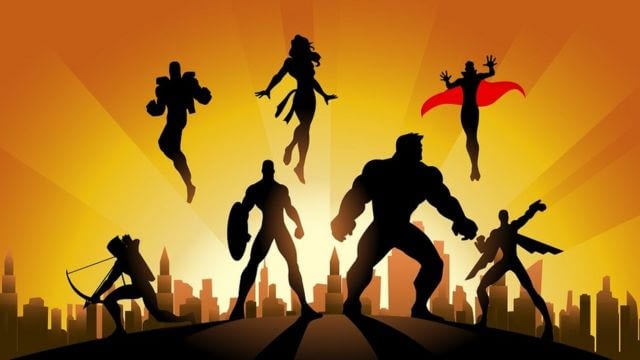 Harnessing The “Hero Effect.” How To Use Business Storytelling To Become The Dragon-Slayer

Who doesn’t love a good story?

Stories are ingrained into our DNA. Going back to the days before writing, important ideas and values were handed down through cultures via the art of storytelling. Classical myths were stories meant to impart personal virtues like bravery and wisdom. It’s safe to say that when it comes to us humans, stories simply connect. Any tales of a heroic knight slaying a scary dragon appeal to us at a subconscious level. They symbolize overcoming life’s obstacles and the need to kick some ass from time to time.

Aside from preserving cherished cultural knowledge, stories have served a vital role in many aspects of our communication. More specifically, I’d say that business storytelling creates significance for otherwise meaningless and mundane products and services.

This is good news for any business, across any vertical, and catering to any market. Why? Because no two people or businesses are the same. Every company has its own creation story. And when it’s conveyed to the right audience, the story bonds at a much deeper level. You or your business a transformed into heroes.

And everyone likes a story.

Granted, not every company – or its products and services – has excitement or intrigue built into it. If you’re selling a floor cleaner, it’s not exactly as sexy as selling a trendy lifestyle apparel line of clothes. But there’s no need to worry. The versatile nature of business storytelling opens up avenues for all of us to look like we’re the hottest thing since sliced bread.

Even a CPA can obtain dragon-slayer status.

There’s a stupid-simple way to break down what’s needed for a good story.

A protagonist is looking to accomplish something. But something stands in the way.

A magnetic story isn’t any more complicated than that. Of course, it needs to be fleshed out a little bit. That’s where some creativity comes into play. But defining your story allows you to tap into your audience’s emotions, connecting and communicating your values. Say why you’re worthy of being remembered.

For example, don’t merely mention that you started your business in your garage and move on. Instead, add some drama. Give yourself or your company a little dose of the “Hero Effect.” Talk about how “you worked tirelessly in your garage with no air conditioning, heat, or common comforts. You were obsessed with finding the solution. Uncomfortable conditions be damned!”

Don’t go overboard or make shit up. But don’t hold back, either. Odds are you worked your ass off and are passionate about your business. Let that show when you’re telling prospects and customers about who you are.

You don’t even have to use your own personal story. Feature your product as the “hero.” You can create an exciting brand story around anything. As a legendary Ad Man, David Ogilvy, once noted:

There are no dull products, only dull writers.”

Let’s look at some examples to make this clearer.

From Dull To Dynamic With The Hero Effect

Earlier, I mentioned how a household cleaning product wasn’t as sexy as a trendy fashion line. Well, tell that to the folks over at Mr. Clean! For 70 years, their heroic portrayal of the trusty, buff, and bald ass-kicker taking it to the dirt in your home has built one of the most recognizable brands in history.

Mr. Clean wants your home to be spotless. And no dirt or grime is going to stand in his damn way! No job is too big or small!

Now imagine if the company had simply called their product Super Cleaner and advertised its features and benefits in run-of-the-mill fashion. Would it have stood the test of time?

More recently, Nike worked the Hero Effect like the marketing aces that they’ve always been.

When former NFL Quarterback, Colin Kaepernick, began kneeling during the National Anthem, you bet your ass Nike got attention by focusing on it. I’m not looking to get political here. Instead, I’m calling attention to how Nike took this and ran with it from a storytelling perspective.

Kaepernick is depicted as the hero, taking on the seemingly insurmountable obstacles of racism and social injustice. No matter where you stand on the issue, it’s textbook employment of the Hero formula. He’s attempting to slay some enormous dragons.

Let Your Customers Be The Heroes

It’s not all about your stories, either.

Why do you think that testimonials and positive reviews are considered precious commodities in any business’s marketing efforts? It’s because people share how your product or service turned them into a hero. They’re mini-stories that are the gold standard of social proof.

When a would-be customer sees the stories of others who are now slaying dragons thanks to your product, they’ll take notice.

PayPal really killed it by turning their customers into heroes.

Now when you think of a gigantic payment processing firm, it might not sound too alluring at first. But PayPal flipped the script on being some faceless financial behemoth. The humanized their brand by shining the light on their own customers.

Each story features a PayPal user showing how they use PayPal to grow thier businesses or improve thier personal lives. They’re slaying their own dragons, thanks to the king of payment processors.

It worked. A 327 percent increase in engagement was achieved.

If you’re fortunate enough to have some loyal customers, consider asking if you could use them in case studies. By the way, case studies are nothing more than (typically) more formal stories. The hero>Obstacle>Goal formula is very much at play.

When you start to view your marketing and business through the lens of stories, great ideas will start popping up. How are you or your company a hero? Take a few minutes and frame different aspects of your business in the hero effect.

Are you the hero?

Is your product the hero?

Are your customers becoming heroes?

What are your dragons (obstacles) that need slaying?

What awaits the customer once they are?

When you put a little thought into it, you might discover that you’ve been selling your story short. Don’t be modest any longer!

Today’s consumers are way more informed when it comes to making purchases. They’ve been beaten over the head with more outbound marketing and advertising than they care to remember.

But you know what they will remember?

An attractive, fun, and relatable story.

Start with having a look at the “About Us” page on your website. Would anyone find it intriguing except for you and your co-workers? Can you frame it more from the Hero Formula we discussed above?

If you’re not leveraging the Hero Effect in your favor, there’s a good chance someone else in your space is. Sometimes, even an inferior product can entrench itself into the consumer psyche if it’s draped in a seductive story. We make decisions based more heavily on emotion than logic.

Don’t miss the boat on business storytelling to make YOU the hero.