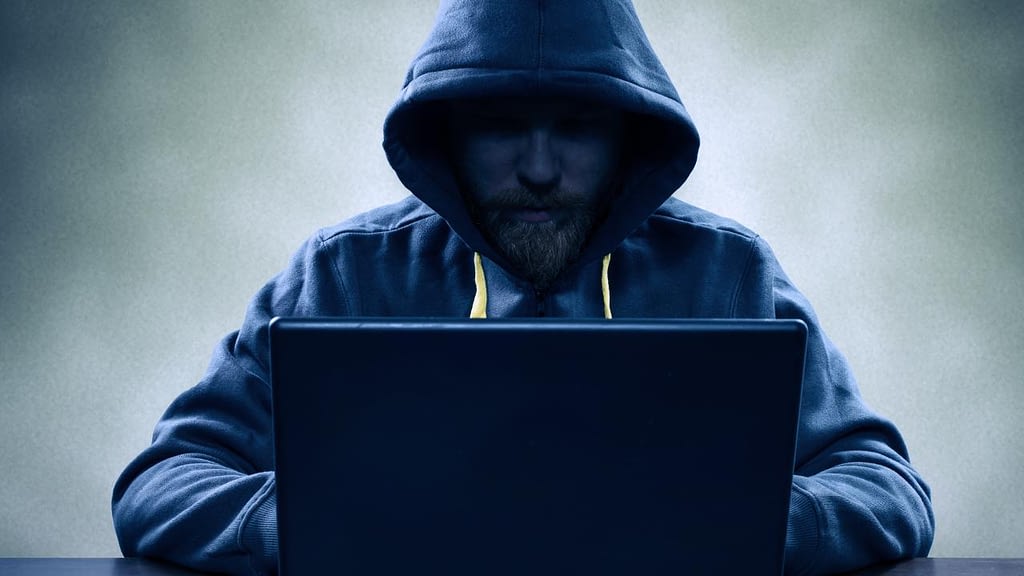 Digital Products: The Con of the Next Generation

Truth be told; your chances of building a successful online business that sells digital products, coaching, or classes, is slim. It is akin to buying a lottery ticket. Sure people win, but the odds are stacked against you.

This reminds me of the scene from Dumb and Dumber when Lloyd (Jim Carrey) is asking Mary (Lauren Holly) about the chance of them ending up together:

Lloyd: Hit me with it…Just give it to me straight…What are my chances?

Lloyd: You mean, not good like one out of hundred?

Mary: I’d say more like one out of a million.

Lloyd: So you’re telling me there’s a chance… Yeah!

There are a number of reasons for the high failure rate, including the crowded “red ocean” marketplace and the vast number of variables that can impact individual success.

That being said, there is truth to the promise the online marketers make…

They know how to make money online and are able to demonstrate it.

The problem is that they are doing it off the backs of unsuspecting people.

Allow me to illustrate…

That is how it works.

The reality is, there isn’t much difference between one of these internet “salesmen” and a con artist.

How A Confidence Artist Operates

The confidence game is rooted in basic human psychology; specifically the human desire to easily obtain what we want most. The genius of the con game lies in the con artist’s ability to discover this desire while positioning themselves as the perfect vehicle for delivering on that desire.

The true con artist doesn’t force us to do anything and doesn’t steal; s/he makes us complicit in our own undoing. S/he tells you what you need to hear, and…

Even if the truth sounds so far-fetched that it can’t possibly be true; we still believe.

We begin to think that the age-old adage, “if it is too good to be true, it must be,” doesn’t apply to us. In essence, we begin to believe that we are the exception to the rule, rather than the rule.

Con victims are commonly described as being “vulnerable,” defined by some change or instability in life circumstances, i.e. loss of a job, new baby on the way, death in the family, or some other major life change(s). In her book The Confidence Game, Dr. Maria Maria Konnikova states, “Con artists can spot [vulnerability] and…take advantage of it… They’re going to tell you [a] story that makes sense, that actually makes you say, ‘Ok, now I have something that makes sense in this particular moment in my life.”

The con artist then creates empathy, rapport, and an emotional connection, which builds confidence; hence the name “con” artist.

After a connection is established, the con artist uses logic, persuasion, storytelling, and evidence supporting how the particular scheme or con will work in your favor.

Once we are invested in the scheme, either emotionally, physically, or both; we begin to become an ally of the con artist. We actually begin to persuade ourselves, so that by the time we’re completely fleeced, we don’t quite know what hit us.

At each step of the game, con artists draw from a seemingly endless toolbox of ways to manipulate our beliefs. As we become more committed, with every step we give them more psychological material to work with.

In the end, the best cons are the ones you don’t know about. When we do know about them, the con artist may not need to convince us to stay quiet; we are more likely than not to do so ourselves. Why? We are embarrassed that we fell for something so blatantly obvious.

The marketing of digital products is a giant confidence game. This is how it works.

It begins with a predictable story. The marketer will tell you that they built a multi-million dollar business doing exactly what they are about to teach you. They decided to leave their success behind and now want to show you the way to the promised land. They are doing all of this because of their benevolent nature and desire to give back. They want to see YOU succeed.

And you really want to believe, even though if you stopped to think about this for a second, it is ridiculous.

This is how the process works:

The reality is – you are being taken advantage of and it isn’t your fault.

Regardless of what they say, their actions fit the profile of a modern-day con. Let me explain why.

Imagine a scenario where the CEO of Coke holds a press conference and announces, “we have made enough money!” He continues, “we are releasing our secret formula in a $1000 coaching class being held for entrepreneurs because we are ready to give others a chance at the success we have had.” As people watch the press conference in disbelief, the CEO states, “it is our hope that these entrepreneurs will learn to make Coke and then, through entrepreneurial spirit, sell it to others…either way, we are out of the Coke making business and in the Coke coaching business!”

Does this sound plausible?

Not a chance. If Coke was going to sell their brand, it would be for around 73 BILLION dollars. Why? Because that is what it is worth.

The same rules apply to any business. If you built a multi-million dollar business, wouldn’t you sell it for what it is worth, rather than give it away piecemeal? There are literally tens of thousands of examples of companies being sold or acquired – because this is what successful companies do. They don’t simply stop what they are doing and give it away.

The reality is if something sounds too good to be true; it is. I don’t normally operate in absolutes, but in this case, it is far safer to err on the side of caution.

So that raises the question; what about those people who claim that they will continue to operate their business AND teach others their secret formula to success? This is also implausible. Why would anyone rationally give away their competitive advantage? They wouldn’t. There is no reason to give away secret or proprietary information if you are winning.

But let’s say for a second that they did. Even if they gave away the exact steps they took, you would be missing the intangibles. These are the things that simply can’t be measured. If all someone had to do to find success is follow a step-by-step process, why isn’t everyone following in the steps of Warren Buffett, Steve Jobs, Mark Cuban, or others?

If there was a guaranteed path, everyone would be a billionaire.

It’s because these geniuses followed their path, just like you need to follow your path. You can learn from them, but don’t think for a minute that there’s some guaranteed algorithm – which is precisely what these internet marketers would have you believe.

A fundamental issue lies in the efficacy of these programs. How do you know they work? Is this validated by data?

The answer is no. Even more disturbing; they probably don’t even have any data on the success or failure of their “students.” They are selling something without knowing if it works.

If you had a million dollars, would you invest it without due diligence? Not if you want to keep your million dollars. This is precisely why publicly traded companies make this information readily accessible and easy for investors to find.

A disciplined business person would never invest in something with the scant data these guys provide you.

But yet, it happens.

They Took Advantage of Your Psychology

I want to note, using behavioral science, behavioral economics, and psychological principles in marketing isn’t unethical. However, using them in a dishonest manner is. That is precisely what is what is happening here. These marketers are building consumer confidence in programs that simply can’t deliver on their implicit promises.

Confidence can be built in a number of ways. For example, one can use Dr. Robert Cialdini’s six principles of persuasion; reciprocity, scarcity, authority, consistency, liking, and consensus.

Once confidence is established, a con artist can begin pulling psychological levers to move the con forward.

One of the most powerful psychological principles humans operate under is loss aversion. In fact, it is accepted in the behavioral economics community that the pain of losing is psychologically about twice as powerful as the pleasure of gaining.

In this case, the con artist “eliminates” the perceived risk of losing money from their program with a guarantee, making the buyer feel like they have nothing to lose and everything to gain. The catch is that the marketer makes it challenging to activate the guarantee with stipulations and barriers, i.e. show “completed worksheets,” prove you did the work, etc.

These barriers make it far more unlikely that people will attempt to get a refund and the marketers know this.

When things don’t work, the consumer just assumes it is their fault; not that the program didn’t deliver on its implicit promise.

Another trigger these marketers leverage is the power of social proof through positive testimonials and positive feedback on their sales pages and websites.

The problem with this is that the “proof” is not validated by anyone other than the person selling it. What incentive does a marketer have to put up negative comments?

These testimonials have zero value. They are not actually giving you unbiased information so you can carefully weigh the costs and benefits of the program. Rather, they are giving you information to “nudge” you to a purchase.

Psychologically, the testimonials and success stories trigger the Survivorship Bias. This is the logical error of concentrating on the people or things that “survived” a selection process, while overlooking those that did not (typically because of their lack of visibility).

In this case, people will place a higher value on the success cases, while forgetting about the failures, even though there are exponentially more failures than successes in this case. This is because the successes are visible, and the failures are purposely buried.

The truth is that a “successful agency owner” won’t cast aside a successful business to benevolently teach you how to succeed. It is all a sales tactic of a confidence man used to breed confidence. The scary part; it works. These marketers are making hundreds of millions a year.

This particular brand of marketer is teaching all of us how to make money online – just like the those who marketed with television infomercials years ago. They are just another brand of snake-oil salesman peddling a false dream. The problem is, they are the only ones achieving the dream and they are doing it off the backs of good, hard-working people.

At least you would get some utility out of it; it would warm your house.