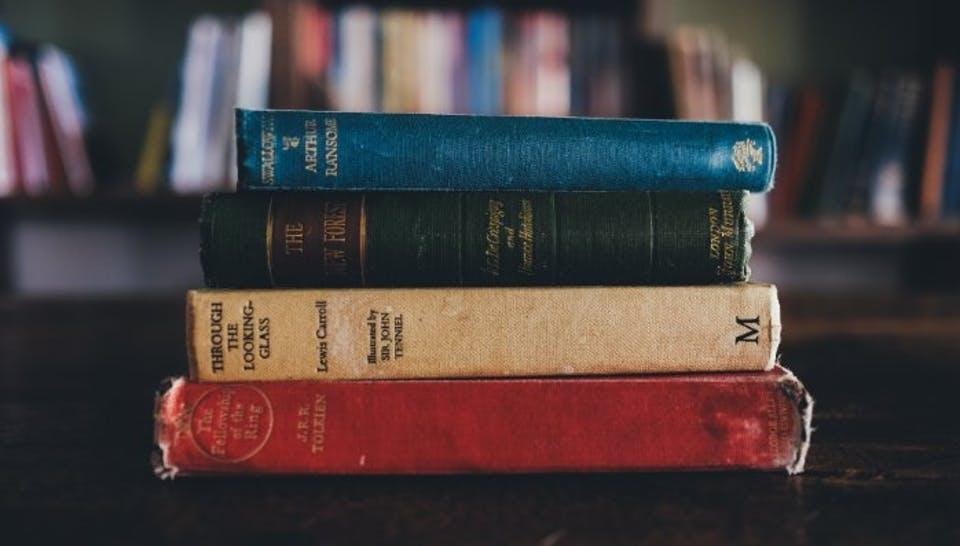 Digital Marketers: Why Storytelling is More Than a Buzzword

Think about it—from “tweets” and Facebook posts to blog comments and a constant influx of emails, marketing professionals spent the vast majority of their working hours either creating or consuming content.

This exposure to content exposes consumers that marketers have always struggled with—buzzwords. That’s right, no matter if your career began before or after Al Gore invented the Internet, they’ve always been around. Struggling to recall a few of them? Try some of these on for size:

That last one is of particular interest, isn’t it? These days, it seems that just about every digital advertising wizard, content marketing agency or freelance copywriter considers themselves a reincarnated version of Charles Dickens. Being a product or service-pusher is boring. A storyteller, however? Now there’s something sexy enough for just about any new client proposal!

Okay, jokes aside; what’s the deal with this storytelling business? The term is a buzzword for a reason—simply put, it’s a marketing tactic that actually works. While I can’t speak for all marketing professionals, as is the case with most everything I share here on LinkedIn, the biggest of storytelling perks comes from the tactics ability to appeal to the common consumer’s mind. In short, it’s psychology.

The Psychological Side of Storytelling

No, I’m not talking about black magic or voodoo. That’s not psychology—it’s witchcraft. I’m talking about a marketing tactic with real substance. At its core, storytelling works because the human brain is programmed to first recognize patterns of information and then immediately assign meaning to them.

Believe it or not, stories are a type of recognizable pattern. Through them, we’re able to form opinions about the world around us. Even better, once a story is internalized, audiences begin inserting themselves in them. At this point, a story’s meaning ceases to be solely entertaining, and an emotional connection is made.

Seeing as how people love learning more about themselves, more than just about any other story type, they consciously seek out stories involving the human experience to which they can relate. Does your brand provide a specific product or service that helps a specific group of society? If so, odds are high that there’s a hidden story that’s worthy of being told to potential customers.

Sure, virtual reality is pegged to be the “next big thing” for digital marketing, but considering the power of the human brain, who really needs it? Think about it—armed with a bit of creativity, anybody is capable of becoming an integral part of a story using little more than their imagination.

Studies have shown that when mundane, run-of-the-mill material is presented, a part of the brain known as the Wernicke’s area begins to attempt to take incoming information and build meaning around it. Sometimes it sticks. Sometimes it doesn’t. That’s about all that happens. You’ve been a student. You know how this works.

On the flip side of things, however, the activity that takes place in the brain while an engaging story is being told is substantially different. Literally, the brain functions as if you were a character in the story you’re focused on. For example, if you were to hear a story involving a mouth-watering dessert, your sensory cortex would begin working. Or, if intense action were taking place, your motor cortex would respond accordingly.

If you’ve yet to embrace storytelling, I already know what you’re thinking, “Ari, what on earth does this have to do with me making more money online?” Well, the answer is really pretty simple—positioning. Once you’ve figured out what your brand’s story is, the trick is to tell it in a way that positions your ideal buyer as the hero. Though they might not realize it while reading your blog posts, social copy or emails, their brains will wholeheartedly embrace it.

I’ve said it once already, but I’ll say it again—stories create emotional hooks. As silly as it might’ve seemed to Saturday Night Live at the time, there’s a reason John McCain couldn’t stop talking about “Joe the Plumber” during his run for the Presidency in 2008—people don’t forget stories. They embrace them. They connect with them. Incredibly, they build their thoughts, feelings and opinions around them.

Do you remember the last time you described someone to a friend or family member? Perhaps it was about a kind waiter at a local restaurant or the man or woman who took you on a date that went horribly wrong right from the get-go. Either way, instead of using only adjectives to describe the person in question, you took things further and told a story that to make your point.

Here’s the deal—not only do stories help people see where you’re coming from, but they’re unforgettable. In fact, if that awful date story you told was good enough, more than likely, your friend will then relay that same story to another person. They might not remember the name or physical characteristics of the main characters, but they’ll undoubtedly recall the details of your jaw-dropping tale. Sound familiar? In this situation, you’ve probably fulfilled both roles.

This is how storytelling builds companies. If an initial brand story is good enough, it attracts a handful of ideal customers. As ideal customers use your products and services—developing their own stories in the process—they become brand advocates, sharing their personal experiences with others. Before long, a brand image is built and the process starts over again, continuing with your company’s exponential expansion. All this from one single, consistent story.

I know that so much of this often sounds too good to be true, but it’s not. You don’t need to be a household name like Coca-Cola, Nestle or Wal-Mart to use storytelling to your advantage. The trick is to just get started and make sure that the right audiences are hearing what you have to say. After all, you’re not looking to bring everybody onboard with what you’re doing—only those who realistically have a shot at long-lasting brand conversion. It’s them you’re worried about.

As a consumer psychologist, brand storytelling is by far one of my favorite tasks. So, if you don’t mind me asking, as a professional digital marketer, what’s made brand storytelling work for you? If you’ve yet to see success, what obstacles do you routinely encounter?