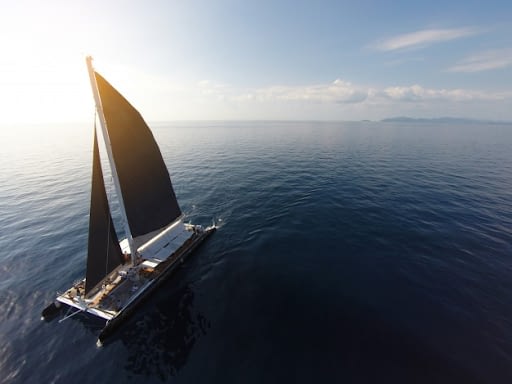 Take a quick second and consider that, each and every day, people deal with:

All of this is what you, as a business or agency, are up against.

If ever there was a clear indication of why knowing your target audience inside and out is imperative, I think this is it.

Unless you know how your prospects think and respond, you’re toast.

One mistake researchers can too-easily make is making assumptions. The research process can be a tedious one, and sometimes you might get about halfway there and trick yourself into believing you can just fill in the rest of the blanks.

You want to know the kind of stuff that a prospect would tell you if the two of you were sitting in a bar and having a couple of drinks. Failure to get this innermost level of understanding will leave almost any marketing message lost in the sea of noise listed above.

And so we have Consumer Confusion.

Generally speaking, people are like water in a stream; they take the path of least resistance. So when you have messaging that’s confusing…

An offer that takes a rocket scientist to understand…

Or a “screening process” that creates a lot of friction…

Not only is the research process essential to help avoid these pitfalls, but it’s also never really “over.” If you’re planning to stay in business for the long haul, you have to realize the trends change and there is such a thing as a Product Life Cycle.

Even major brands aren’t immune to creating ads or products that have resulted in a collective “What the fuck?” from their loyal customers.

Let’s look at a few examples:

If a behemoth like Procter & Gamble can accidentally confuse the hell out of their customers, then we all need to be extra vigilant. They tried to jump on a consumer trend and missed terribly.

The natural products trend began growing in the mid-1970s. Consumers were becoming health conscious and looking to avoid excessive chemicals in products. So a subsidiary of P&G, Clairol, came up with a real dandy.

At the time, shampoos were incorporating things like honey and fruit extracts. So Clairol released a Touch of Yogurt Shampoo.

On one hand, they did some research into the current health trend. But when consumers got confused and started eating the damn shampoo, things didn’t turn out so well. Sales tanked and it got pulled.

Watching The Game With Your Buddies & Pounding A Few…Spring Waters?

In another example of a big dog missing the mark on a trend, we have the Coors Brewing Company. In the early 90s, they decided to try and cash in on the booming bottled water craze. They were already leveraging the fact that their beer is brewed using the pure spring water of the Rocky Mountains. It seemed like a good idea…right?

And customers were not going nuts for this stuff.

Now you might say, “Well, it’s clear and it says water on the label. How hard is that to understand?”

Here, you’re forgetting that consumer confusion takes milliseconds to set in. Any time people are stuck having to figure something out, you’re more than likely going to lose them. So while Coors was on top of a trend, you might be able to say they dropped the ball on their market research. Their core audience was not looking for bottled water (which at that time was still considered somewhat snobbish). And if they were trying to tap (pun intended) into a new market, the trendy bottled water crowd was not wanting their H2O from Coors.

Market Research To Ensure Them The Path Of Least Resistance.

Now, these large companies can afford a fuck-up here and there. For those of us still working to get to where we want to go, mistakes are much more costly. So you need to double down on your research, both qualitative and quantitative.

Don’t fall victim to assumptions; never bank on what you think will work in the marketplace. Further, don’t think that your insights into your customers used for a previous success don’t need to be periodically revisited.

The bottom line is this:

Staying ahead on your research shows you ways to create paths of least resistance for your customers. Take the time to analyze the data.

What story is it telling you?

Should you pivot to ride a current trend, or is it not congruent with who you are as a brand?

The more you know about your market, the more you decrease the chances of making bad moves of unclear communication with them. 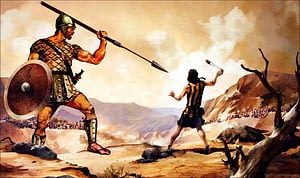 David Vs. Goliath: How To Compete With Bigger Businesses

Almost everybody loves an underdog. Going back to the Biblical story of David and