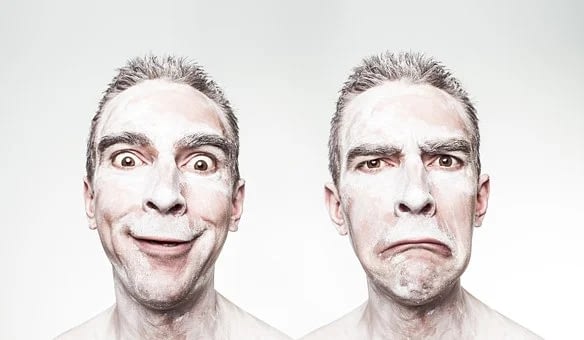 Are We A Bunch Of Psychotic Purchasers?

Understanding Consumer Psychology For Your Business

Once upon a time in the prehistoric era before social media, email, PPC advertising…

It is this medium where the masters of direct response copywriting fine-tuned the techniques still in play today.

(The same techniques some 24-year old marketing “guru” is now selling in his new course.)

One of the best direct mail copywriters ever was a man by the name of Bill Jayme. Bill was probably THE best marketing mind when it came to selling magazine subscriptions. Clients would wait up to a year to get on his list. They gladly paid him upwards of $50,000 for one promotion (and this is back in the ’70s and ’80s).

One time Bill was writing a promo for a subscription to the magazine Psychology Today. I won’t go into the whole promotion. There’s just one element of pure fucking genius I want to illustrate about his knowledge of consumer psychology.

When Psychology Today mailed Bill’s promo package, he had the idea to write a piece of teaser copy on the outside of the envelope…

“Do you still close the bathroom door when no one else is home?”

The promotion went on to become one of the highest converting magazine ads ever. And while the copy inside his package was top-notch, it was that one question that practically gave people NO CHOICE but to open it up, read further, and see what the hell was going on. The curiosity factor he invoked on that damn envelope was weapons-grade.

In Bill Jayme’s day, it was expensive to run a direct response ad. Here in the digital age, we can quickly and easily test email subject lines, images, this copy versus that. Back then, companies spent big money putting their ads and promos together. If the copywriter tanked it, everyone was pretty much fucked.

So it became not only a good idea to study consumer psychology; it became a necessity.

Today, Consumer Neuroscience is a blossoming field. There’s some fancy shit going on using fMRI and EEG technology to tap into areas such as:

Because while science is producing new insights into the consumer mind, our brains haven’t changed much in the last several hundred thousand years!

Let’s look at the ways you can leverage consumer psychology to your advantage.

Getting To The Good Stuff: Why Consumers Do What They Do

“The study of individuals, groups, or organizations and all the activities associated with the purchase, use, and disposal of goods and services, and how the consumer’s emotions, attitudes, and preferences affect buying behavior.”

There are so many factors that come into play that you can make the comparison of consumer behavior to the stock market: You can understand it, profit from it, but you’ll never guess right every time. It can turn and go completely sideways on you.

Age, sex, family background, educational history, credit history – these are just a few of the metrics that marketers seek to categorize us into.

Every business has its amount of resources that they can dedicate to solving the consumer mindset puzzle. But certain principles work across every demographic and every market.

Again, our human brain is hard-wired for certain responses – even if we end up doing something really fucking dumb. Ever heard of ‘buyer’s remorse?”. Why would someone regret a purchase they made? Weren’t they thinking clearly and evaluating their decision before they gave up their hard-earned cash?

(chuckle), Not exactly. Not all the time, at least.

Cracking The Code Inside Our Craniums

Ok, so let’s give a few examples here of elements that stoke the desire to buy.

In Robert Cialdini’s landmark book, Persuasion, he identified certain phenomena that can make us do some really dumb shit with our money.

Even if we’re aware of these conditions, we’ll still fall victim to them.

Scarcity/Urgency/ Fear Of Missing Out (FOMO).

These three are closely related.

If we hear about something good going on, and we’re not in on it, then we sure as shit want to get in on it. From pyramid MLM schemes to can’t-miss stock picks to belonging to the popular group. We’ll do weird things to keep up with the Joneses.

The sense of urgency is a big part of FOMO. Have you ever checked out an item on Amazon and been notified that there are “Only 2 left in stock!”?

Ever been funneled into an online webinar to see that there are:

(They couldn’t just erase the “50” and replace it with “11.” They had to keep it there to show you the response, real or not)

Once we’re told that we don’t have all the time in the world to take action, our rationale tends to take a backseat. We hurriedly decide, “I better get in before it’s too late.”

This is devastatingly-persuasive marketing. If there is an ethical way you can implement this psychological factor into a marketing campaign, you’re a fool not to.

Why do businesses use testimonials in their advertising?

Why is Yelp so popular?

We’re social animals. When uncertainty is floating around our often-feeble minds, we look to what others are doing for a cue.

According to BrightLocal.com, 82% of people look to reviews before making a purchase. At least their doing some due diligence before mindlessly making the purchase. But the psychological power of social proof is just another way savvy marketers get us on board.

Do YOU Close YOUR Bathroom Door If No One Else Is Home?

The piece of copy we mentioned at the top does one thing very well: it stirs something in us at a deep level.

“What happens if I don’t close it…what does that say about me?”

This is an example of a deep-seated emotional curiosity. Here is where the smart businesses understand that consumers have fears and desires that go way beyond what a simple listing of your product’s features and benefits can touch.

Whether we’re aware of it or not, our emotional triggers carry a lot of sway over our buying decisions.

If two competing companies are selling the same diet program, who do you think will have the edge: the one telling us why a healthy diet is important, or the one that subtly suggests we’ll turn into a sex magnet after being on their diet?

Ok, so now the obvious question:

How do you find out the inner fears and desires of your target market?

Sure, you could ask them directly and conduct surveys. But to quote the beyond-legendary ad man:

“Consumers don’t think how they feel. They don’t say what they think, and they don’t do what they say.”

Luckily, the internet has given us some tools. Online anonymity has its pros and cons. But it gives some people a chance to open up more about what drives them instead of being asked in person.

You might not have time to read a bunch of psychology or marketing books. Sometimes time is better spent trolling your target market to uncover their real motivations.

Head over to Reddit or Quora and browse the threads your prospects would likely participate in.

Read reviews left on Amazon about products similar to yours.

While I agree with Mr. Ogilvy about people not saying what they really think, I still think the intel you can gather for free on these sites is priceless. Again, people are much more willing to discuss their sexual inadequacies, insecurities about their weight, or what they would really like to do to their boss when they can have the conversation under a presumed username.

Consumer psychology is a field that would take more than one article to discuss.

Knowing your ideal customer like the back of your hand is only going to help you in developing the perfect marketing message that will speak to them.

But today’s takeaway is that don’t be fooled when people portray themselves as a rational and calculated consumer.

They have things that keep them up at night. They have fantasies.

And when you can ETHICALLY (we don’t want people having buyer’s remorse over our stuff!) connect your product to these deep aspects of who we are, you have a recipe for success, my friend.

P.S. There’s also this unique company called Profile For Profit that is pretty much the Gold Standard for allowing businesses to learn the ins and outs of their customers.