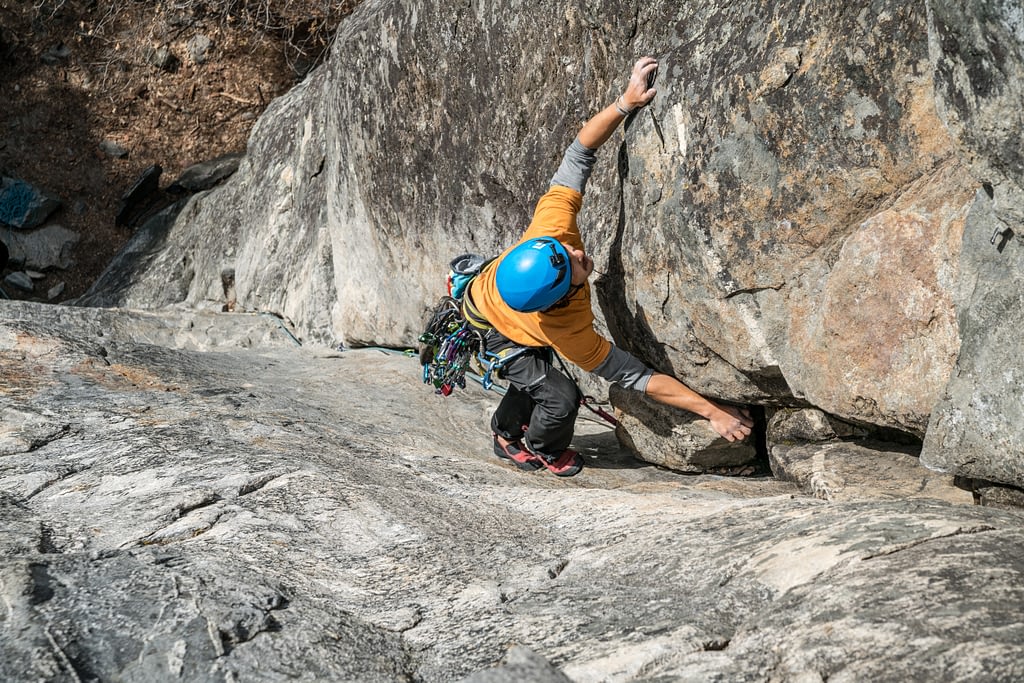 4 Habits of the Mentally Tough and Determined

By now, just about everyone has heard of famous climber Aron Ralston’s incredible story. Don’t you remember?

If not, let’s hammer through it real quick so that you can draw inspiration from it every now and again, just as I have. Listen, as a behavioral expert, I make a living telling stories. That said, few are as powerful as Ralston’s…

In April of 2003, Ralston set out for a day of rock climbing at the bottom of a dark chasm, hundreds of feet below the surface of the Utah desert. He loved climbing. In fact, he’d given up his nine-to-five job as a mechanical engineer to scale rock surfaces all over the country. It was his passion, and he’d do anything to feed it.

This day, however, wouldn’t be nearly as joyous as the many that had preceded it. While climbing, Ralston accidentally dislodged a massive boulder, causing his right forearm and hand to be trapped underneath it. As if this weren’t painful enough, Ralston was unable to dislodge his precious limb. Not only was his right arm on a fast track to losing all functionality, if he couldn’t free himself from the boulder, he’d also lose his life, as well.

This is where things get intense—after having waited for help to find him for 127 straight hours, Ralston decided to take action. Using his body weight as leverage, he first snapped the bones in his right arm. Then, he removed a dull penknife he’d had in his pocket and began slicing away at his own flesh to free himself from the boulder’s grasp. With his right arm now completely gone, he fled the canyon and sought help.

Ralston’s experience is exceptional, but more importantly, it can be used as a teaching tool for people like you and me. It shows us what we are capable of doing when our minds remain firm and are dead set on bringing about the results we crave. Regardless of hobby, professional pursuit, or area of expertise, when your mind is as steadfast and immovable as Ralston’s, you become better than you ever thought possible.

And now for the tricky part—becoming mentally tough. Thankfully, odds are high that you’ll never be faced with a task as difficult as Ralston’s. That said, you’re likely to face your fair share of criticism, negativity, and hardships throughout the course of your life.

So, how do you become more mentally resilient? The first step is easy enough—come to know how the mentally tough conduct their lives. To help out, the following four habits are those that the mentally tough and determined routinely engage in. To become more like them, make a conscious effort to do the same thing. Though I’m also still working on this, together, there’s no doubt in my mind that we’ll be happy with the results.

1) They Take Complete Control Through Their Actions

I’m not going to act like I’m super knowledgeable about philosophy or anything, but there’s a famous quote that’s frequently credited to Ignatius that’s always struck a chord with me and my family: “Pray as if God will take care of all; act as if all is up to you.”

Regardless of religious inclination, there’s an awesome principle that’s being driven home, here. Only, instead of a higher, more celestial power, the force that all can relate to is that of luck. Here’s the thing about luck and people with a lack of mental fortitude—when it’s on their side, theirs is the credit. When it isn’t, it’s fully to blame.

Reality paints a different picture. Generally speaking, the world’s most accomplished people readily admit that luck has played some sort of role in their success. The biggest difference between them and their competitors, however, is that they’re urgent with their action.

They don’t wait for luck or a lack thereof to determine how they respond to a situation. They take ownership of both future successes and failures through what they’re doing in the present. They can’t control luck, but their mental tenacity allows them to hone in on the only thing they can completely control—themselves.

2) They Give the Past the Power It Deserves

We’ve all heard the old adage before—“Learn from history, or you’ll be doomed to repeat it.” There’s a reason it’s said so frequently—-it’s true. Yes, the basic message that’s being driven home here applies to society as a whole, but it also makes perfect sense for individual people.

Simply put, each of us has a unique set of negative experiences in our past from which there’s something important to be gained. Makes sense, right? Honestly, you’d be hard-pressed to find someone who didn’t wholeheartedly agree with such a mentality. But here’s what far too many people forget—once you’ve learned from your mistakes or those of others, it’s time to move on.

The toughest of minds see the past for what it is—training for the future. Don’t let your past define you. No, you won’t be able to fully eliminate from your mind the memory of what went wrong, but allow this to work within you, inspiring you make certain things go according to plan the next time around. Mental giants have a habit of doing this, and it routinely serves them well.

3) They Don’t Compare Themselves to Others

Sure, what other people think about you matters to a certain degree, but when looking at the big picture, it’s really rather insignificant. What is important, however, are the well-defined goals you’ve set for yourself. Once again, you’re the one with the power to reach them or become distracted by something else along the way. The choice is yours.

Though the thoughts and opinions of family members and friends deserve your absolute respect and consideration, with a solid head on your shoulders, you take full responsibility for any decisions you make and the consequences that follow. Even better, armed with mental courage, the most resilient minds prefer to measure their success according to the amount of progress they’ve made—not in comparison with what others have done for themselves.

4) They Never Complain or Criticize

Not only do your words have the power to affect the people with whom you most commonly interact, but they have a great deal of influence over how you behave and feel. If you take to complaining or criticizing others for something they’ve done or neglected to do, no matter how eloquently you drive home your main point, you’ll be negatively affected by your words. Undoubtedly, you’ll feel worse about yourself.

Because of this, when something goes wrong, take the energy you might normally devote to verbal belittlement and dedicate it to finding an effective solution. Besides, if you think about it, what good will a few snide comments or complaints do in the grand scheme of things? Whatever you ultimately decide to do, don’t waste time in doing it. The mentally robust are experts at identifying problems and quickly getting to work on a meaningful resolution.

Being mentally tough is one of those things that’s easier said than done. Trust me—I’ve finished an Ironman triathlon and am well aware of how psychologically strong I thought I was before the race began. Throughout the event, there were multiple times when I wanted to quit, but I just put my head down and kept going.

At the end of the challenge, when I crossed the finish line, I’d surprised myself with how much I’d managed to grow mentally in only a few hours. Naturally, though I stumble from time to time, I continually try and do the same thing in every aspect of my life. The stronger my will, the better I become. It’s certainly a process, but it’s one I’m glad I’ve already started.

Truthfully, all of us stand to benefit from becoming more in control of what goes on inside our heads. So, what do you specifically do to take charge of your thoughts? Each day, how do you inch closer to a mental tenacity on par with that of Aron Ralston’s?